Trending Now
NFT games: What Are They and How Do...
Top 5 countries with fast internet
What is a blockchain fork?
What is Ripple Network?
What is Litecoin?
What is Bitcoin Cash?
What is Ethereum?
What is Bitcoin?
Why Cryptocurrency is popular in the world?
Resin Capsule Specifications- Must Knows
HEALTH

In the first 4 months, what happened in Covid-19? What is the course of the epidemic?

The world first became aware of the Covid-19 outbreak when it reported to the World Health Organization that a mysterious respiratory illness of unknown origin emerged in the city of Wuhan, Hubei province, on December 31, 2019, China.

In the days following the initial perception that the virus-related event was a regional occurrence affecting China and its surroundings, the epidemic crossed borders of Asia and began to threaten public health globally. Controlling and preventing the infection became an urgent priority for all countries.

The epicenter of the epidemic first shifted

To Europe, and then the United States ranked first in the world in the number of cases. New Zealand announced on May 4 that it had defeated Covid-19, reporting 0 new cases.

Many countries in Europe and the world have begun to relax their Covid-19 measures.

Here are the main developments and turning points in the 4 months since the coronavirus (Covid-19) epidemic was first heard: 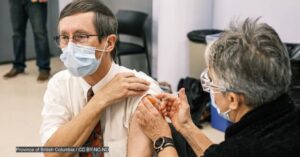 The coronavirus was first detected on December 12 in Wuhan, China’s Hubei province.

The Wuhan Municipality Health Commission announced that on December 31, 27 more people who had contact with the Huanan Seafood Market in the city had a “mysterious disease”.

A new strain of coronavirus caused the disease, not SARS, according to the World Health Organization.

Known as 2019-nCov, a specific mutated version of a beta coronavirus found in bats is capable of infecting humans.

Chinese scientists also defined the “mysterious disease” in question as a new type of coronavirus on January 9.

On January 11, the virus turned into an epidemic

The Wuhan local government announced on January 11 that the virus had turned into an epidemic, and the first loss of life occurred.

Scientists stated that the virus is 80 percent similar to SARS. 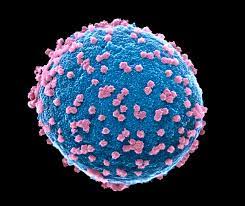 Outside of China, it was first seen in Thailand.

The second case of the new coronavirus in Thailand emerged on January 17. On January 18, 59 more viruses were detected in Wuhan, the loss of life increased to 3. The virus spread to the city of Xinjiang in Guangdong province on January 19, and the first case was seen. In Wuhan, 136 new cases were detected on 19 and 20 January.

On January 21, the number of people affected by the virus exceeded 300 in China and 6 people died. The virus was first seen in the USA on January 21 On January 21, the first case was detected in Seattle, the United States. In China, the number of people infected with the virus on January 22 increased to 440, the loss of life reached 9. China quarantined Wuhan, the origin of the virus, on January 23.  Tudors Adhanom Ghebreyesus, Director-General of the World Health Organization, stated at the meeting held on January 23 that the 2019-nCoV epidemic was not a public health concern on an international scale, despite all the recommendations of the emergency committee.

Japan and the USA reported the second case of Covid-19 in their countries, the Asian country Nepal announced the first case of coronavirus in the country.

In Hubei, the number of “sealed cities”, as the Chinese media put it, increased to 13, affecting the lives of more than 30 million people.

Europe’s first case was in France

It was stated that there are 2,801 cases globally. Meanwhile, deaths from coronavirus reached 80.

WHO Director Tedros went to China 1 month after the incident 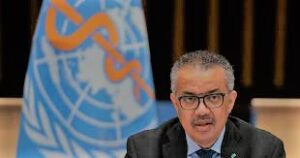 Tedros, Head of the World Health Organization, traveled to China on January 27 to meet with Chinese officials.

Hong Kong has banned entry to the city for those who have traveled from China’s Hubei province in the past 14 days.

The Chinese administration has accepted the WHO to send a delegation of international experts.

Worldwide, the number of cases has exceeded 6,000. 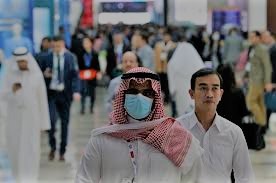 United Arab Emirates reported the first case in the Middle East on January 29.

China increased the number of “sealed cities” on January 30.

Two Asian countries, the Philippines and India, declared the first cases of Covid-19 in the country on January 30. 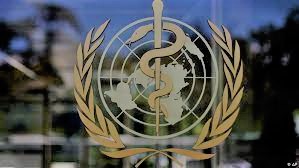 On 30 January, the World Health Organization announced it was declaring a “national public health emergency” due to the Coronavirus (Covid-19) outbreak in China.

Immediately after, countries started to implement border control practices one after another.

US President Donald Trump has imposed a travel ban to China.

The virus spread to Russia, Sweden, England and Spain on January 31

The country was in the first place in the loss of life in the following period.

The operation, which started on Friday, January 31st and ended on Saturday, February 1st, brought 42 passengers to Turkey, including 32 Turks, 6 Azerbaijanis, three Georgians, and one Albanian.

The first death outside of China occurred in the Philippines on February 2.

On February 5th, Turkish Scientific Committee requested the suspension of all flights to and from China.

First, a case was seen in Belgium.

The UK Department of Health has described the coronavirus as an ‘imminent threat’ to public health. This also meant that the London administration could enforce the quarantine.

On February 12, the Diamond Princess cruise ship arrived in Japan. 175 passengers were infected with the virus

. Cambodia approved the arrival of the ship, which 5 countries refused to take, to one of its ports.

The virus spread to the African continent;

It was first observed in Egypt.

Outside of China, it was first seen in Thailand.

On February 15, the first death from coronavirus in the European continent occurred in France.

The deceased is an 80-year-old Chinese tourist from Hubei province. It is the first recorded death outside Asia.

In a statement on February 17, China shared the information that the number of Covid-19 patients reached 44 thousand throughout the country.

There have been 92 cases of human-to-human transmission outside of China, according to 92 independent laboratories in 12 countries.

WHO has sent personal protective equipment to 21 countries.

On February 19, Covid-19 appeared in Iran, a country in the Middle East.

On February 20, Iran reported 5 cases of Covid-19, two of which resulted in death. This was the first death from Covid-19 in the Middle East.

As a result of these numbers, South Korea has become the country with the highest incidence of the virus outside of mainland China.

There were, however, 1,076 cases outside of China, with seven deaths reported.

The World Health Organization warned that the virus could spread rapidly in Iran, where the number of cases increased to 18 on February 21, after 4 deaths occurred in 2 days.

The WHO Director-General appointed a 6-person dedicated team tasked with the mission to provide strategic advice at the global level on 21 February.

On February 21, Israel reported the first case of the disease.

Italy witnessed a first-time transmission of Covid-19 on February 21. The first loss of life occurred in Italy.

On February 22, 11 thousand health workers across the African continent completed their online training on Covid-19.

South Korean President Moon Jae-in raised the state of alarm in the country to the highest level on February 23 after the number of cases exceeded 340. This also empowered the government to take measures such as restricting public transport and banning visitors from certain countries. South Korea later became one of the countries that most tightly controlled the virus.

Italy has become the country where the virus spreads the fastest outside of the Asian continent.

Countries neighboring Iran started to close their borders with this country due to the spread of the virus.

Turkey and Iran closed their land border gates on February 23 after the virus spread to Iran as well.

On February 24, Kuwait, Bahrain, Afghanistan, Iraq and Oman reported their first cases of Covid-19. On February 25, Algeria announced the presence of Covid-19 in a person whom he reported to have come from Italy. This was the second case in the African continent.

On the same day, Switzerland, Croatia and Austria confirmed the first cases in the country.

The US Centers for Disease Control and Prevention has warned the government and the public about the (rapid) spread of Covid-19 in the US.

Brazil reported its first case of Covid-19 in the country on January 26. Thus, the virus spread to Latin America as well. On every continent of the world, except Antarctica, the virus has been confirmed.

The European Commission has asked member states to review their pandemic preparations and notify the commission of how they plan to implement it.

On February 27, Saudi Arabia suspended Umrah visits due to Covid-19.

The World Health Organization, affiliated to the United Nations, with a statement made on February 28, increased the global risk level for Covid-19 from ‘high’ to ‘very high’. Parliamentary sessions have been suspended in Iran.

The Coronavirus had infected 54 new countries, but not China.

Italy has reported 900 cases of the disease, as well as 21 deaths.

On February 29, the first death from coronavirus occurred in the USA

On top of that, the Trump administration imposed travel restrictions on Iran, Italy, and South Korea.

After the rapid spread of the epidemic in Iran, the World Health Organization sent a delegation to this country. The delegation met with the authorities in Tehran on 2 February.

The World Bank Group announced that it will launch a start-up package of approximately $12 billion to help countries struggling with the medical and economic effects of the coronavirus outbreak.

International Monetary Fund (IMF) President Kristalina Georgieva said in a statement on March 5 that they have allocated $50 billion in resources to combat the coronavirus (Covid-19) epidemic.

On March 7, the number of Covid-19 cases exceeded 100 thousand worldwide.

Globally, the World Health Organization (WHO) has declared that the Coronavirus (Covid-19) is an epidemic.

At a press conference at the WHO’s Geneva headquarters, Tedros Adhanom Ghebreyesus, WHO’s Director-General, announced 4,291 deaths worldwide due to the Coronavirus epidemic through March 11. The organization had declared a “pandemic” for the H1N1 virus, which last appeared in 2009.

The Ministry of Health announced on March 11 that Turkey had seen its first case.

The 12th of March was a strike day for Turkish schools and universities.

The epidemic has taken hold in Europe

Whenever a coronavirus epidemic (Covid-19) breaks out, Europe becomes the epicenter.

WHO Director-General Tedros Adhanom Ghebreyesus, at the virtual press conference held at the center in Geneva, pointed out that the number of daily reported Covid-19 cases and deaths in Europe exceeded China, and said, “With more cases and deaths reported from the rest of the world, excluding China, Europe is now It has become the epicenter of the Covid-19 pandemic.” used the phrases.

There have been 132 thousand reports of Covid-19 in 123 countries and regions.

Since the death of five thousand people represents a turning point in the epidemic, Ghebreyesus said.

US President Trump declares ‘national emergency’ due to coronavirus

US President Donald Trump announced on March 13 that he declared a “national emergency” across the country due to the coronavirus (Covid-19) outbreak.

Trump also announced the release of $50 billion in emergency funds.

The epidemic began to spread in Africa

According to a statement issued on March 15, the epidemic had spread to 26 countries on the African continent.

The outside world surpassed China

For the first time since the beginning of the epidemic, on March 16, the number of infected people and deaths outside China surpassed that of China.

As of March 17, many countries and institutions have switched to the remote working system.

On 17 March, the European Union imposed a 30-day temporary restriction on travel by third-country nationals to member states and the Schengen area.

Despite the absence of domestic cases, the outbreak began across China on March 19.

Several comprehensive quarantine measures have begun in Turkey as of March 21.

In the UK, quarantine measures went into effect on March 23.

Jogging the eyes of the running strike? The...

What you need to know about a cycle...

What Does QuickBooks File Doctor Do?

NFT games: What Are They and How Do...